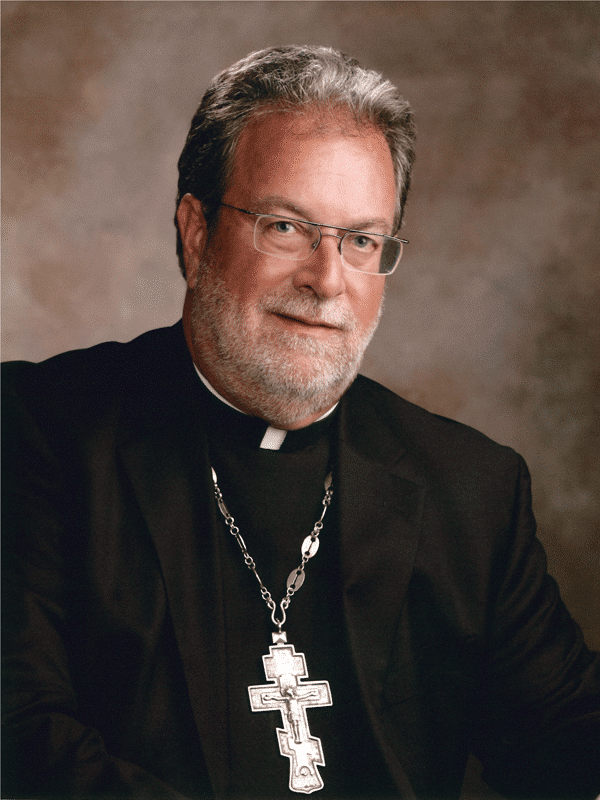 The Most Rev. Craig William Bates, our pastor for over 25 years and senior pastor for over 20 years, was born in Watertown, New York on December 28, 1949. He is married to Cathy Lee (Giles) and they have been married for over 40 years. Together they have three grown children – Joel, Katie and Sarah. They have five grandchildren – Jocelyn, Callie, Charlotte, Aaron and Devon.

Bishop Craig did his undergraduate work at Georgetown College, Georgetown, Kentucky; Worcester Junior College, Worcester, Massachusetts; and graduated with a B.A. in Psychology from Franconia College, Franconia, New Hampshire. He graduated with a M.A. in Counseling Psychology from Anna Maria College, Paxton, Massachusetts.He has a M. Div. from the General Theological Seminary, New York, New York.

In 1985, he accepted the call to be the Associate Pastor of St. Thomas Episcopal Church, Malverne, New York. In 1990, upon the retirement of the Senior Pastor, he was called to be his successor and has remained as Senior Pastor since then. In 1994, he joined the Charismatic Episcopal Church and his congregation followed in January if 1995 and changed their name to the Church of the Intercessor. On November 14, 1997, he was consecrated the first Bishop of the Diocese of the Northeast. On January 9, 2008, he was elected the second Patriarch of the International Communion of the Charismatic Episcopal Church. Bp. Craig has served at the Cathedral Church of the Intercessor for over 25 years. He is well known in the New York Metropolitan area as a voice of unity among the churches. He is President of Bridges of New York, an outreach to people in transition from jail or prison and is the president of the Brotherhood of St. Joseph, a ministry to the poor and disenfranchised. Bp. Craig is also the supervising bishop for the Society of St. Dismas.