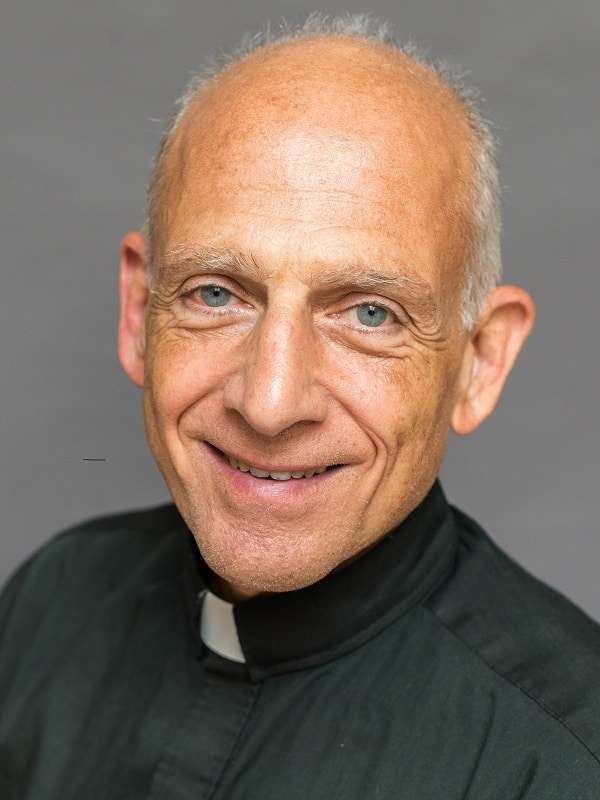 Fr. Joe Ciccarello and his wife Melanie came to the Church of the Intercessor as newlyweds in May of 1989 and since then has been serving the people of Intercessor as Director of Music and Arts and then, after being ordained in 1998, as Associate Pastor.

Fr. Joe was born in Corona, New York on May 17th 1956 to Joseph and Rose Marie Ciccarello. When he was seven, the family moved to East Meadow, Long Island where his parents, he, his two brothers and sister lived for 16 years.

After high school and a two year attempt at an electrical engineering degree, Fr. Joe hit the road with a “Top 40” show band playing Sheraton hotels throughout the east coast. During that time, he began to study the Bible and realized God was calling him to ministry. In 1980 he went back to college and in 1985 completed his Bachelor’s degree in Music and Biblical studies at the Kings College. From there he headed to Regent University in Virginia where he earned his Masters degree in Communication Studies, but most importantly, this is where he met his wife Melanie. The two worked for the 700 Club until he was hired by the Georgia based Michael J. Guido Evangelistic Association where he worked as a program engineer. Fr. Joe and Melanie married in April of 1989 and returned to New York to fill the position of the Director of Music at Intercessor. Since that time Fr. Joe has produced numerous musicals and 6 choir CDs that have shared the Gospel through song on Long Island, the New York area, and around the world.  Fr. Joe and Melanie have four children: Joseph, Adam, Caris, and Gabriel.